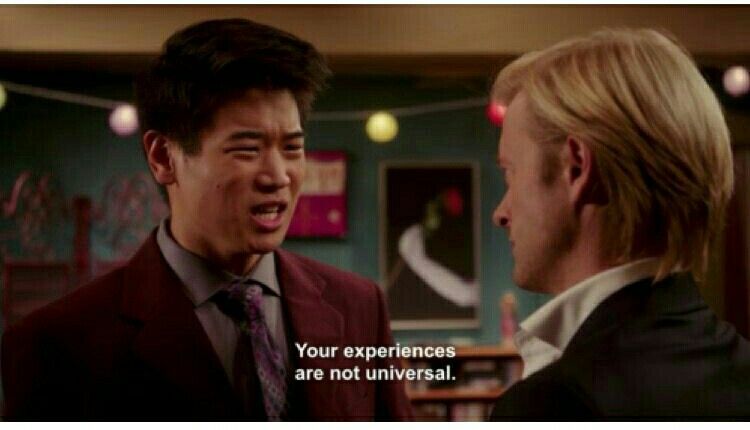 As of the beginning of June 2019 the Facebook group Subtle Asian Traits (SAT) has nearly 1.4 million members – one of many Subtle Traits groups inspired by the group Subtle Private School Traits (R.I.P.), it has taken news feeds by storm. Or at the very least, those belonging to the children of Asian diasporas. Created in September 2018 by a group of Melbourne friends who had met in Chinese school, it was merely meant to be a fun distraction from high school exams.

SAT had humble beginnings: it was simply a small space to share jokes and memes that characterised the Asian-Australian experience; the “little things in our lives that no one talked about before” (Mao 2018), and most wouldn’t understand. Of course, the internet caught wind, and what had begun as a bit of fun instead tapped into something young, complicated and international. It has connected a borderless generation who are gradually coming into their own ethnic-national identity that is typically articulated as “too white to be asian but too asian to be white” (Lin 2018). There is a loneliness to being a diasporic Asian (not to mention a serious lack of representation), and with it comes a lack of belonging, to a nation or ethnic group (Wu and Yuan 2018). The constant bouncing between the culture of our heritage and that of the Western country we call home, and the struggles of being so ungrounded in place and culture is a complicated, exhausting experience to navigate or even articulate. For many SAT is a relief – “it’s a chance to belong for once without having to try” (Kwai 2018), nothing has to be explained, and for once another ‘insider‘ is putting words (or memes) to our experience. Finally, we have found a place that we can truly and unapologetically claim as our own.

The idea of the ethnographic field as being “this town” or “this specific place” is becoming increasingly unraveled as space, both digital and physical, are redefined and people move with an increasing amount of frequency across the globe. Almost like an initiation rite in the anthropological academy, being able to understand and talk authoritatively about at least one place (and by extension being able to physically map/bound it) has traditionally been a key point of your academic identity (Kohn 2011). However anthropologists don’t study villages, they study in villages (Geertz 1973, p. 22) – “our real work is with people who happen to occupy a place in space… sometimes understanding [that] is not the most defining element of our encounter with them”. The community is not a static entity and cultural practices and identities are not bound to the ‘local’ (Coleman and Collins 2011). Rather than trying to fixate these communities in one moment of space and time, ’the field’ requires new ways of thinking as it it no longer (or ever was) a geographical location (Strauss 2000). Cultural capital constantly has to be reproduced, embodied and expressed through the individual, not by institutions or specific geographical locations (Coleman and Collins 2011).

For the majority of members of SAT, we have been brought up as hybrid children betwixt and between worlds – neither fully Asian nor fully Western – we have grown up living this experience of an unbounded and unmappable culture as our reality. Through SAT, we are finally getting a chance to articulate it and what it means (Wu and Yuan 2018) and in turn produce our own cultural capital.

In an increasingly complex world, what a culture and what an ethnicity is is still being contested, and as anthropologists and ethnographers it can be difficult to do justice to that complexity. I think what SAT does is reveal a particular, increasingly prominent mode of cultural and ethnic experience that is not bounded by space or a singular ‘cultural’ distinction, but rather the in-between. These ideas aren’t new – people have always felt dislocated in culture and place through practices such as intermarriage. Rather the extent and breadth of them are becoming more fully realised outside academia. Through the global sphere of the Internet SAT has become a platform that has helped people explore their shared struggles and experiences in a safe space – a reminder that we’re not alone (Wu and Yuan 2018).

“We labeled the group [Facebook category] as ‘family,’ so that’s what the group’s purpose is, to allow people to feel like they all belong to something.” – Anne Gu, co-founder of SAT (Wu and Yuan 2018)

Julia’s article on ‘The Field’

Kohn, T.  2011, ‘New Ways to Frame an Answer to ‘Where did you do your fieldwork?”, in Coleman, S. and P. Collins (eds.)  Dislocating Anthropology: Bases of longing and belonging in the analysis of contemporary societies, Cambridge Scholars Publishing, Cambridge, pp. 81-95.

And for a bit of pop culture:

If you want to smile (because we’re finally being represented in Hollywood): peruse through Fresh Off the Boat, To All the Boys I’ve Loved Before, Always Be My Maybe, and Crazy, Rich Asians (probably not a shock to any Asians reading this). Abominable is coming out later this year; and Bao made us all cry last year, and although no other Sandra Oh role will ever be as iconic as Vice Principal Gupta in The Princess Diaries, Killing Eve gets pretty close.

And I know it’s cheesy, but it’s also iconic (I literally only got a Stan account to watch it): Bend it Like Beckham

One Day at a Time, although a show about a Cuban-American family living in LA, has never made me feel so ‘seen’ as a migrant (the queer representation, generational and cultural divides and family structure certainly help). It’ll make you laugh and cry your heart out.

The Astonishing Color of After is a wonderful coming-of-age novel. The Kiss Quotient is a sweet romance, and Ms. Marvel is great for all the superhero fans out there. The Wrath and the Dawn and An Ember in the Ashes are both beautiful fantasy novels, and Warcross is pure, fun sci-fi.

View all posts by Madeleine Tan