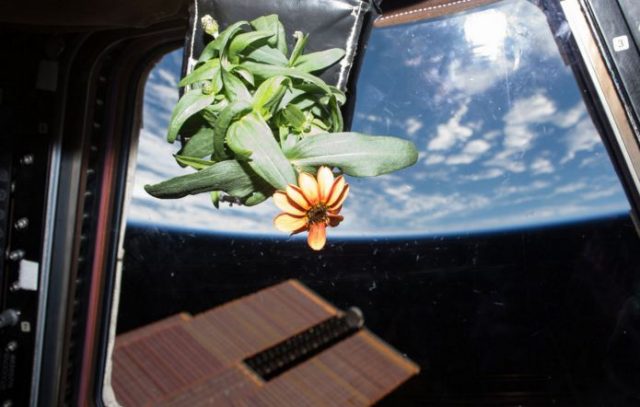 Space: The Final Frontier. The final colonial stomping ground for the rich and the entitled and the predominantly white. The phrase “colonisation of space” – and all its associated connotations of conquering and civilising – has long been in use in both science-fiction and real-world references to the future of humanity, as envisioned in the great starry plains of the cosmos. (The first “original” use of the phrase is difficult to ascertain). Undoubtedly, from the so-called “Space Race” of the 1950s to the 1970s, to Elon Musk’s present-day SpaceX program, the modern world appears particularly enamoured with the concept of exploring and, eventually, inhabiting space. Earth’s own moon, and the red expanse of Mars, are especially coveted as the site(s) for this proposed future habitation, as the planets deemed to have atmospheres most resembling Earth’s (from within our own solar system). At least, if not entirely resembling Earth’s, the atmospheres of the moon and Mars are deemed the most “manageable”; the most “conquerable”, and, indeed, the most “colonisable”.

Certainly, living on either moon or planet would require extensive “terraforming” of the landscape to allow the human physiology to survive. Science-fiction novels, movies, and television shows abound with images of domes and underground bunkers; great white spectres amidst otherwise barren landscapes.

Yet beyond merely being able to walk and talk and breath within these habitats, the primary concern centres around our ability to grow food. That is, to grow plants: agricultural foodstuffs such as wheat, maize, vegetables, fruits, herbs. Plants not only for our own (human) consumption but for the potential consumption of livestock as well. Without these, humanity simply will not survive a long-term habitation of space.

Plants – both agricultural, and of the garden variety – have historically been tied to many of the “original” colonization efforts of Earth nations and peoples. It is likely the same will be true of the colonisation of space (Slobodian 2015). What has been deemed the “Anthropocene” has been heavily influenced by the ‘biotic upheaval’ (Mastnak, Elyachar & Boellstorff 2014, 364) of both plants and animals (and fungi and bacteria and…) associated with Earthen colonialism, and its subsequent ideological ‘remaking of relations among humans, plants, and place’ (ibid.). For colonialism was foremost seen as a conquering of land for European empires; and only subsequently the people and animals and plants that happened to reside on that land. As European powers created settler colonies in these lands, they brought with them the plants and animals of their home countries, producing an intensive “biological expansion of Europe” (Crosby quoted in Mastnak, Elyachar & Boellstorff 2014, 367). Plants and animals once “native” to Europe (critiques of the concept of native/alien aside) can now be found across the world. In this way, colonialism and its “conquering” of foreign landscapes through human, botanical, and zoological means, arguably represents ‘the greatest biological revolution’ (Mastnak, Elyachar & Boellstorff 2014, 374) of the modern world. Space proves to be no different. For ‘how could one ever think that, on a remote planet, our environmental care would be any different’ (Calanchi, Farina & Barbanti 2017, 213) to what it has historically been on Earth?

So, let’s take a cue from science-fiction, and envision a future a hundred years from now, or two or three or four. Let’s say humans have set up habitations on Mars; we’ve figured out how to grow food plants, and to grow them well, and the first “pioneering” outposts have now expanded to great cities of hundreds of thousands or even millions of people. Undoubtedly these cities will be built to resemble the cities of Earth (Calanchi, Farina & Barbanti 2017), including its plant life: one can picture parks and tree-lined streets; rooftop gardens and window boxes filled with flowers. Just as Earth colonialism “imported” the plants of settler’s home countries to new lands, so too will the colonisation of space indubitably import Earth plants to the terraformed landscapes of Mars, or the moon, or whichever other planet(s) we decide to “conquer” and “civilise”. Beyond the “practical” agricultural plants mentioned previously, what other plants might be selected for space expansion, and why? How do we decide which plants are “worthy” of inter-planetary expansion, and which should remain on Earth? The botanical and zoological concepts of “native” and “alien” would gain new meaning, as the human experience becomes, literally, extra-terrestrial. Who would make these botanical decisions, and based on what criteria? What would such choices say about our relationship with the chosen plants, and with the unchosen plants, and with the Earth (as a planet) more generally?

These questions and more, coming soon to an Anthropology near you.

Ursula Le Guin and the Ethnography of Future Worlds

The Anthropo Scene Part I

View all posts by Dyan Taylor